Since 1996 the program, in cooperation with the Faculty of Humanities at the National University of Comahue, organized a Master of Philosophy and History of Science. This Master is directed by the Program Director and has a staff of qualified teachers from various universities. Courses have finished three classes of students, of which a significant number has defended his final thesis or is close to doing so.

Since 1998, the program has developed several research projects financed by the CONICET, including a project of international cooperation with the Institute of Philosophy of the CSIC (Madrid). It has also participated in a project with the program ECOS Gino Germani Research Institute of the Faculty of Social Sciences of the University of Buenos Aires and the University of Paris I. Currently, these projects include the participation of five fellows graduate.

In 1999 the program created the Patagonian Journal of Philosophy, indexed publication that has an international advisory committee of recognized experts. It is published in partnership with the National University of Quilmes.

Since 2002, the program is based, along with Gino Germani Research Institute of the University of Buenos Aires, a UNESCO Chair in Philosophy. The owner of the program is the director and his deputy in charge is Dr. Francisco Naishtat.

Since the end of 2012 the program was configured as Department and within the same four programs were created: Ancient Philosophy, Social Sciences, Philosophy of Technology and Ecophilosophy. Ecologist (UNLP), Doctor of Natural Sciences (UNLP), postdoctoral degree in the Department of Ecology and Evolution University of Minnesota, USA. Researcher at CONICET. Research Associate at Fundación Bariloche. Coordinator of the Ecofilosofía Program. Specialized in problematic of the biology of the conservation from the biogeographic, political and philosophical point of view. Member of the Scientific Committee of the Fundación Vida Silvestre Argentina. 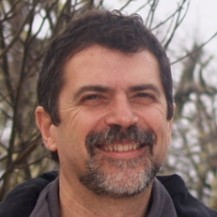 Bachelor and PhD in Biological Sciences (University of Buenos Aires).

Professor and researcher in different aspects of general ecology and ecology of landscapes, with emphasis in the biophysical evaluation, modeling and mapping of ecosystem functions and services and the multifunctionality of rural landscapes. His latest research is largely oriented to the support of policies and processes of rural territorial ordering. Associate Professor FB since May 2010. Program Coordinator Philosophy of Technology. Adjunct professor at the National University of Rio Negro. Degree in Biology with orientation in Ecology. National University of San Juan. Sociologist, Master in Philosophy and History of Science, Dr. Of Social Sciences. He serves as Assistant Researcher CONICET. His research interests include poverty, needs, citizenship and rights. Program Coordinator of Social Sciences. PhD in Physical Metallurgy and “Docent” (postdoctoral degree) by the Royal Institute of Technology (Stockholm, Sweden), is Principal Investigator of CONICET in the area of thermodynamics and physicochemistry of material systems of the Bariloche Atomic Center and Titular Professor of the Balseiro Institute . He is a Visiting Professor of the Faculty of Engineering of the National University of Comahue (Neuquén) and the Faculty of Exact and Natural Sciences of the National University of Cuyo (Mendoza). In the latter coordinates an Interdisciplinary Studies Group. His publications cover topics of physical metallurgy, thermodynamics and physicochemistry of solids, education and science in the University, teacher training, training for research and interuniversity cooperation. Since 2006 he has been the President of the University Council of Exact and Natural Sciences (CUCEN) in Argentina. 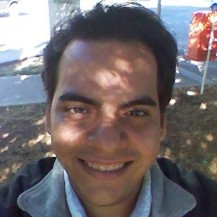