The Environment Programme is aimed at investigating the relationship between environment and socio-economic system in general, emphasizing the economic and social aspects of this relationship.

Among other activities, he has developed the concept of Natural Heritage accounts, developing a manual published by UNEP; He has been active in studies of national inventories and GHG Mitigation conducted with funding from the UNDP / GEF and WB / GEF and that served as the basis of both the First and the Second National Communication on Climate Change Argentina.

Another field of action was the development of economic instruments to control industrial pollution in collaboration with the Ministry of Natural Resources and Sustainable Development.

Today, a very important line of work is the program that is related to the socioeconomic and political aspects of climate change. In this issue, we highlight the work done in the field of study of the flexibility mechanisms of the United Nations Framework Convention on Climate Change and the Kyoto Protocol (in cooperation with the Foreign Ministry, with support from the Canadian Government and World Bank financing) Project Capacity Building for Climate Change Offices of Latin America and the Caribbean (Capacity Development for CDM – CD4CDM) in collaboration with the UNEP RISØ Centre Danish Agency with which it is also developing linked with Needs Assessments activities Technology for Mitigation and Adaptation to Climate Change (NRAs Programme) and National Appropriate Mitigation Actions (National Appropirated Mitigation Actions – NAMAs) in the orbit of the UN Framework Convention on Climate Change (UNFCCC).

In the same vein, he held the Coordination of the chapter to Argentina in the Regional Study on the Economics of Climate Change in South America (ERECCS), led by ECLAC, with support from several European governments.

Currently research and technical assistance in the area of ​​the relationship between climate change, economic development and water stress conditions of vulnerable populations develop, particularly in a case study focused on the Rionegrina town of Ing. Jacobacci, in a project (called CLIMAGUA) funded by the IDRC of Canada, directing a team of professionals from the National University of Comahue, Coastal and Buenos Aires, the Interjurisdictional River Basin Authority Black (AIC) team, the National Commission Atomic Energy (CNEA) and the Secretariat for Family Agriculture of the Nation.

In addition, the Director of this program is part of the Bureau of the Task Force on National GHG Inventories (TFI) of the Intergovernmental Panel on Climate Change (IPCC) since 2008 and expert teams on the Review of National Inventories Emissions of Greenhouse Gases, National Communications and biennial reports Parties should submit to the Conference of the Parties (COP) in the context of the UN Framework Convention on Climate Change (UNFCCC). Also, between 2002 and 2005 he joined the Expert Group on Technology Transfer of the UNFCCC.

Besides participating in seminars, conferences and workshops in the country and abroad on economic aspects of the environment, especially on the issue of climate change, producing publications with their work at home and abroad. 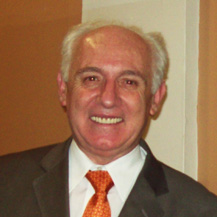 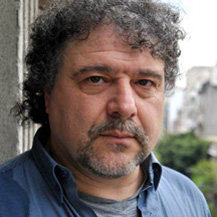 Degree in Economics with specialization in Economic Development, Energy and Environmental Economics and Environmental and Territorial Policies. It develops teaching, research and technical assistance activities in the field of interactions between economy, environment and society, particularly in the socio-economic aspects related to climate change. 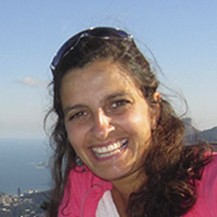 Economist with specialization in Energy and Environmental Economics. He is working on issues related to the relationship between the economy, energy and the environment; in particular the development of renewable energy and technology transfer for mitigation of climate change. Research Associate of the National Council of Science and Technology (CONICET). 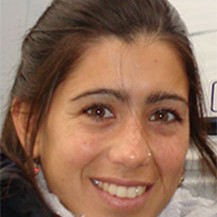 Research assistant at the CLIMAGUA project. Assistance and collaboration in the corresponding section Water Requirements.